I’ve decided to switch to the Medtronic 670g after running Loop. Loop is the DIY artificial pancreas system I used last year staring in March, and throughout the year. This system has been amazing to my diabetes and over all health. The creators of Loop, Riley Link and Nightscout have done amazing work for the T1D community.

Automode on the 670g

END_OF_DOCUMENT_TOKEN_TO_BE_REPLACED

Overall a very successful race weekend! I qualified 10th for the race, finished 8th overall, and was first place in my class.

The video below is my Final Lap where I shave 3 seconds off my previous lap, and set the Track Record!

Thank you to all who donated to my cause. I not only set the Guinness Book World Record as the first type 1 diabetic to race with a closed loop artificial pancreas… but it looks like I may have set the track record for my class, too. 🏁 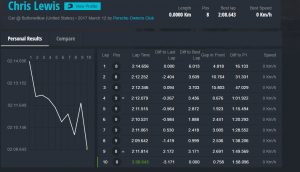 Set the Track Record on my Final Lap 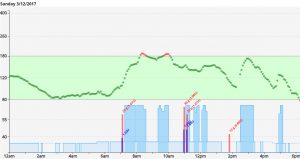 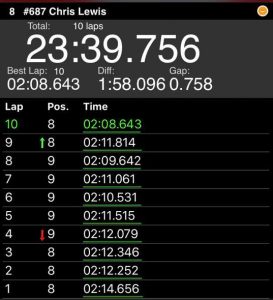 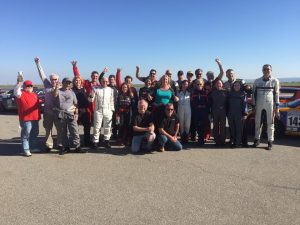 In my hand is my iPhone running the Loop iOS app (Artificial Pancreas).
A Medtronic Insulin Pump from 2013 and a RileyLink. This is my Closed Loop DIY Artificial Pancreas.
The artificial pancreas is designed to oversee and adjust insulin delivery as needed. It uses a platform that features a reconfigured smartphone running advanced algorithms that is linked wirelessly to a blood-sugar monitor and an insulin pump that the patient wears, as well as a remote-monitoring site. #WeAreNotWaiting
https://openaps.org/

I attempted to set/create a a Guinness World Record.

He has been thriving with Type 1 Diabetes for eight years and racing cars since 2007.

We are looking to raise funds to cover the race weekend expenses, including entry fees, race car rental, insurance, fuel, food and hotel.

A closed-loop artificial pancreas system is a device, or series of devices, that can work in concert with one another to automatically give the correct amount of insulin in response to food intake and rising blood glucose.

Let’s get Christopher Lewis in the Guinness Book of World Records as the first Type 1 Diabetic to race on March 11th and 12th, 2017, with a closed-loop artificial pancreas system! The event is only a few weeks away!

We will be broadcasting LIVE from the Buttonwillow Race Track in Buttonwillow, California, where people take their racing seriously. The county is the birthplace of fellow race car driver Ryan Reed, who is also battling Type 1 diabetes, and it boasts five full racetracks.

Christopher is a longtime member of the #WeAreNotWaiting community and was a developmental driver for Drive4Diabetes. He also clocked only one second behind Ryan Reed’s time in the same car on the same track.

We will be LIVE-Streaming from the driver’s seat in the race car in addition to LIVE-Streaming his Nightscout/Loop website showing how adrenaline affects his blood glucose.
This broadcast is made possible through the Nightscout Foundation on KCGM-TV.

The Nightscout Foundation exists to encourage and support the creation of open-source technology projects that enhance the lives of people with Type 1 Diabetes and those who love them. This includes fundraising, advocacy and direct software and hardware development.

“Type 1 Diabetes is a lifelong, 24 hour endurance race that you can never win, but strive to lead every lap.” -Christopher Lewis

Type 1 Diabetes is a lifelong 24 hour endurance race that you can never win, but strive to lead every lap. -Christopher Lewis

President Christopher M Lewis and Riverside PCA donates to High Performance Heroes and Drive4Diabetes Charity Fund for the upcomingPirelli World Challenge Laguna Seca races. These 2015 races will be Friday, September 11 – Sunday, September 13. We will be joining HP Hero Veterans in Monterey and supporting the Drive4Diabetes Team during this exciting race weekend.
As you may know, Christopher was diagnosed with Type 1 Diabetes 6 years ago…. Type 1 Diabetes is a lifelong 24 hour endurance race that you can never win, but strive to lead every lap.
These are two great causes and individual contributions would be welcomed and greatly appreciated.Every dollar counts.

High Performance Heroes is a group of racers, race fans, and friends dedicated to helping our heroes, combat wounded veterans, work toward their motorsports goals. They pledged their time, talents, and resources to provide entry level exposure to wheel-to-wheel vintage road racing. www.hpheroes.org

Drive4Diabetes is a program designed to develop new young diabetic racers and demonstrate how to properly manage diabetes in relation to the motorsports/sporting environment as well as demonstrating to the general public that nothing, even diabetes, should prevent them from pursuing their dreams in life. The drive4diabetes program utilizes competitive, professional auto racing as a vehicle to increase awareness of diabetes and raise funds for research through corporate sponsorship and individual fundraising by the Garrett Racing Team. www.drive4diabetes.com